This was a shortie, but a goodie, right to the top of the 2nd highest Col (well, for roads anyway) in the Pyrenees, with a summit of 2001. You know that way that dogs kick their legs when dreaming of chasing rabbits? Well, when the cyclist in your family does that, it’s this col that does it. thanks to what feels like scores of immaculate hairpin “lacé” bends, overlapping on each other. 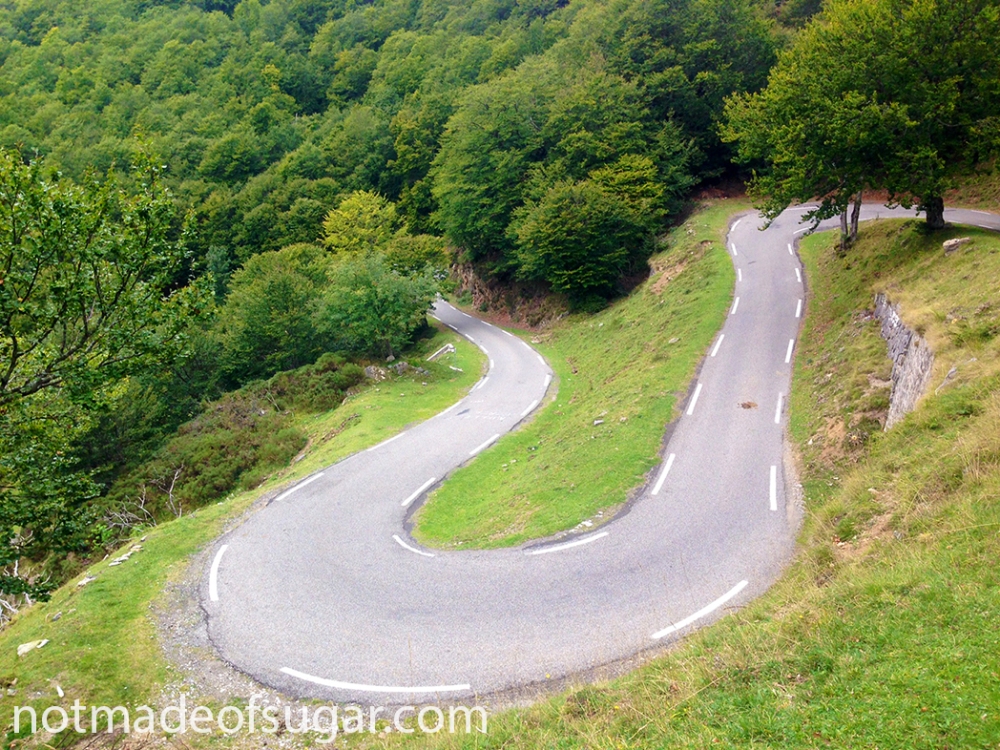 The top takes you way above the treeline, looking out over Pyrénées Orientales, Aude & Ariege. The ride was crazy from the depart at Formiguères – bit downhill with a tailwind. The first 8km averaged 37kmph without trying, and including some uphill! Was flying it on the hills until I reached Mijanès, getting a couple of Strava top 10 places on the hills… and then something faded, and I was swearing, with my heart rate too high, gears too low, and nothing in the legs as I hit the 9% lower climbs of the col. Jesus, I said, I can do another 800m of this thing to get to the top? I felt empty, horrible. 800m climbing is nothing, though maybe not at this altitude. Then I thought of the locally brewed beer – Brasserie Alzina from Boultenere – my prize, waiting in the fridge.

I dug in as I got higher, I got colder, and my pulse dropped, and way hey, something kicked in, I was out of the trees, and loving every minute of the last dozen or so bends before the top. No sun, but no wind either. Endless loops and and switchbacks, crossing over and over, big craggy mountaintops and the mountain just vanishing, just ending, the road dipping so that I was freezing on a small descent, then up again to the line.
When I reached the summit, two middle-aged French couples gave me a big whoop and applause, and then came over to chat before taking my picture for me before the 2001m sign.

I didn’t head for Ax-Le-Thermes – I turned, and Then had an exhilarating drop back down to Mijanès, dodging kamikaze sheep all the way down. 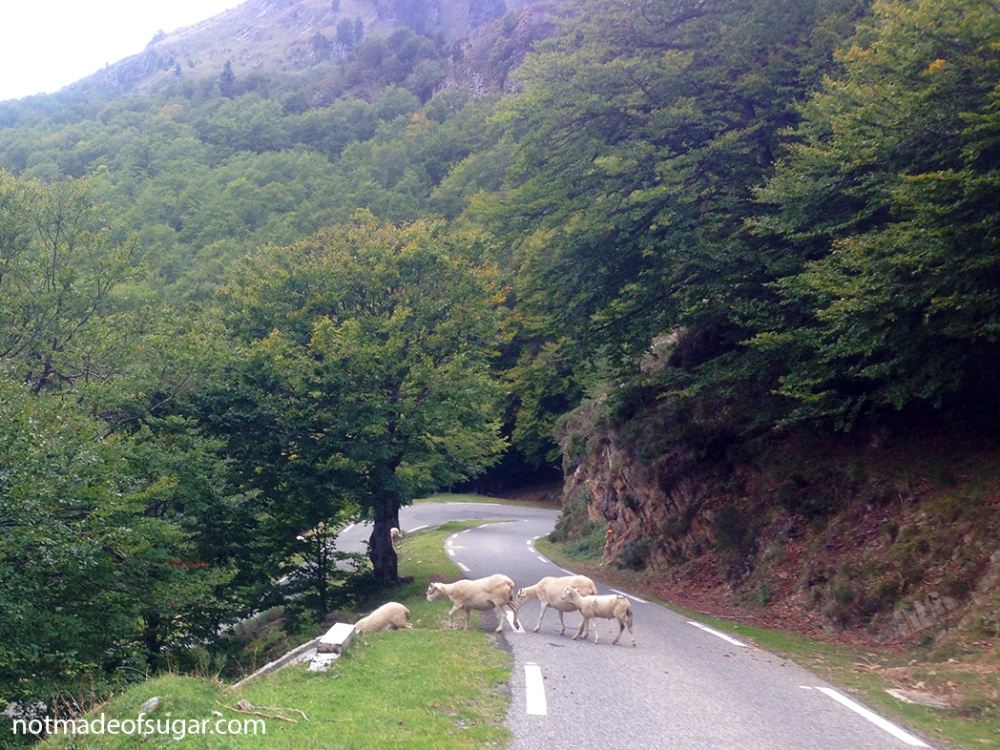 On Strava: Short spin up the Col de Pailheres, Pyrenees